This was originally a tweet thread that I have reproduced here for discoverability and archive purposes (the copy was done on 23 October 2022).

I've only slightly reformatted the text (mostly links), otherwise this is the original version.

With the Cannon bug bounty out, it's time for me to take my best stab at describing what it is, and how it works.

Cannon is our next-gen EVM-equivalent fault proof system. It's what will keep your funds secure when you use Optimism. Read to know more! 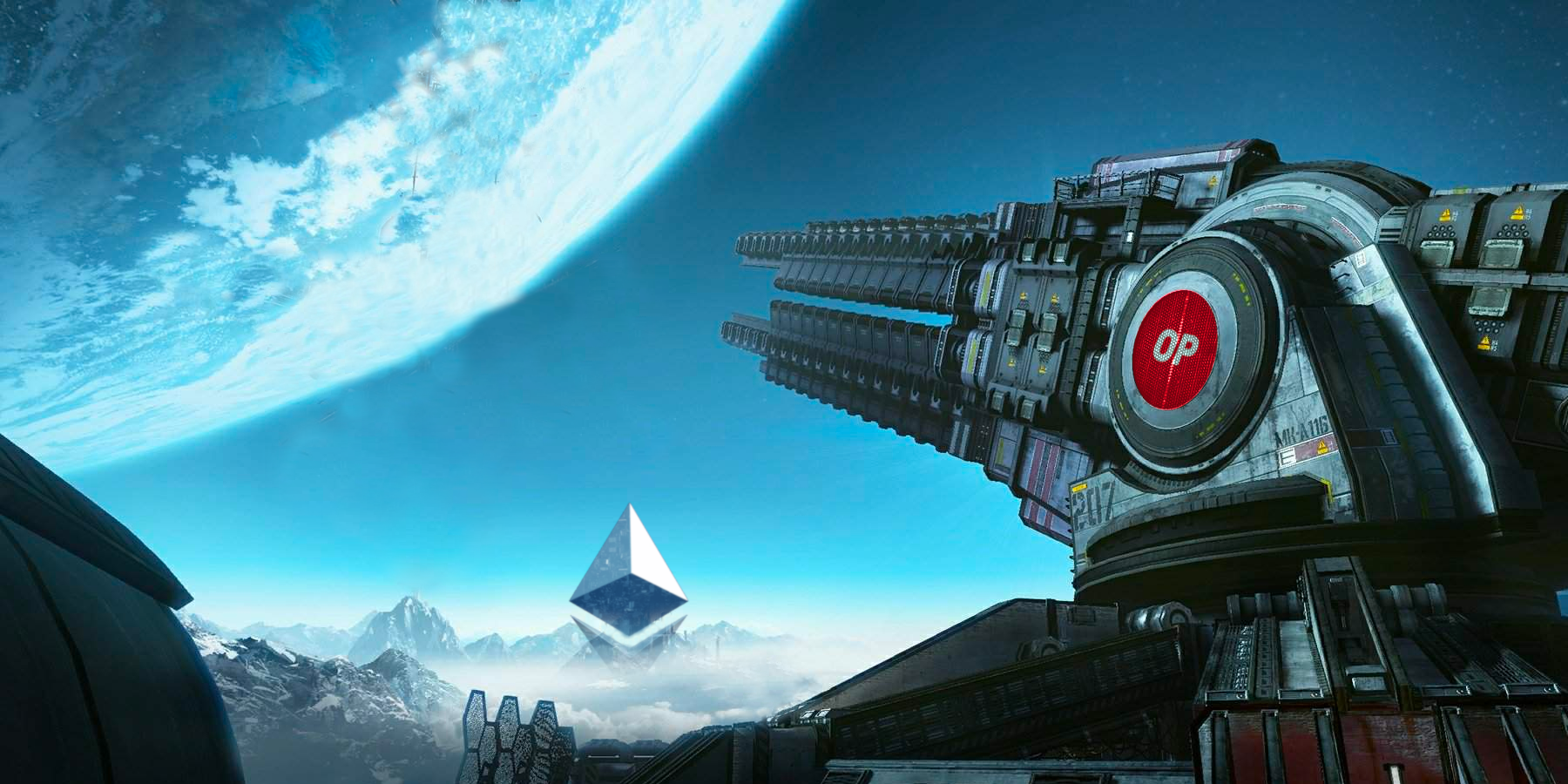 2/ Optimistic rollups in brief: users send txs to sequencer. Sequencer executes transactions and creates L2 blocks. It also (a) "rolls up" transaction into batches submitted to L1 (as calldata) and (b) submits output hashes (which we'll equate to L2 block hashes here) to L1.

3/ Validators follow the L1 chain, get txs from batches, re-execute them, and compare the resulting block hashes to the ones submitted by the sequencer.

If there's a mismatch, they challenge the incorrect block hash via a fault proof. This is where Cannon comes in.

4/ (I'm simplifying on purpose here, you can also send L1-to-L2 and L2-to-L1 txs, such as deposits and withdrawals. But this is isn't crucial to this explanation.)

5/ A rollups' fault proof system is a way to prove on the L1 chain (i.e. trustlessly) that processing the txs from an L2 block doesn't yield the block whose hash was submitted by the sequencer.

6/ (Crucially, the L2 block includes the state root: a hash of the L2 state after executing the txs in the block. This will typically be apple of discord.)

7/ The easiest way to perform a fault proof is to re-execute the whole block on L1. This is what Optimism's previous fault system attempted to do.

Unfortunately, this system had many issues.

8/ To keep costs manageable, every block carried a single transaction. This would have had very bad consequences for the scalability of the rollup in the long term. Not to mention, it's very different from how L1 does things.

This led to the original OVM: a system to deploy L2 bytecode as L1 bytecode.

10/ The original OVM design works well for simple things, but not when "context" is needed. For instance, you can't translate the L2 NUMBER opcode (returning block height) to the L1 NUMBER opcode! These opcodes needed to be translated into calls to special contracts.

11/ Similar issues played out for things like L2 contract calls.

12/ (And indirectly this also caused the choice of requiring a patched Solidity compiler. Though it must be said other designs were possible there.)

13/ The original OVM design was a good first attempt, but it was also clear it wasn't a good long term solution.

14/ After the team (h/t @karl_dot_tech @ben_chain) & @realGeorgeHotz came up with the idea for Cannon, it was decided to drop the old fault proof system to start from a sane foundation. This was the OVM 2.0 re-genesis.

15/ (I wasn't at Optimism at that time and wasn't consulted, but these names are pretty terrible. The OVM 1.0 (just like Arbitrum's AVM) is only a VM in the most abstract sense — it's a modified instruction set translated to run on the EVM. The OVM 2.0 is not a VM in any sense.)

16/ So how does Cannon prove a [txs → block hash] mismatch if it does not execute the whole block on chain?

The solution is in two parts:

17/ The challenge game is a binary search over the execution trace of the "fault proof program".

In our case that program is one that, in first approximation, takes the L2 chain state and some transactions as inputs and emits an L2 block hash.

In reality its input is a set of L1 blockhashes, and the input will be a set of L2 blockhashes. I'll skip the details here as they get into the weeds of Optimism Bedrock and not super relevant.

19/ The important thing is that the input L1 blockhashes are a commitment to all the inputs we actually care about: the L2 state and the transactions. We can prove these things against the blockhash. For instance, we can prove that a batch was posted to one of these L1 blocks.

This is a generic component that lets you go from a hash to a preimage. This is normally impossible to compute for cryptographic hashes.

21/ So the trick will be to get these [hash → preimage] mappings from somewhere. I'll explain later how the preimage oracle is implemented on & off-chain. But take it for granted for now.

22/ So we have minigeth with our preimage oracle (which btw entirely replaces geth's usual database).

We compile this to some instruction set, and execute it for our L1 blocks. This yields an execution trace, which is the list of every instruction executed during the execution.

23/ During the challenge game, both the challenger and the sequencer do this, and then perform a binary search to find the first instruction whose result they disagree on.

25/ They'll keep narrowing the range until they zero in on a single instruction they disagree on.

(Note that the challenger and the sequencer don't actually need to agree on the size of the execution trace.)

26/ What's the "result of an instruction"? What do they agree/disagree on? It's simply a Merkle root of a snapshot of the minigeth's memory!

27/ George decided to compile minigeth to MIPS. So every step in the execution trace is a MIPS instruction.

Why MIPS? It was one of the simplest instruction for which to implement an interpreter on-chain, and Go can natively compile to MIPS!

28/ To do all of the above, we need to be able to run minigeth off-chain, to (1) get the execution trace and (2) generate MIPS memory snapshots.

This is done by running the MIPS minigeth binary on the QEMU CPU emulator, and hooking into the emulator.

29/ Off-chain (in MIPS-on-QEMU), the preimage oracle is implemented via calls to a JSON-RPC endpoint (i.e. querying an Ethereum node). In minigeth, each oracle use is tagged with its type, so we know which JSON-RPC call to emit.

31/ Alright, so the challenger and sequencer have agreed to disagree on a single instruction.

Next comes the single step execution.

The goal is to execute that single instruction, on the L1 chain.

For (2), we already have a Merkle root of a memory snapshot taken right before the instruction (from the challenge game). We can use it to prove any memory location we might need to supply.

34/ For (3), we simply presupply the [hash → preimage] mapping by supplying the preimage, and then the hash is derived on-chain.

Note that minigeth off-chain is also instructed to save all the [hash → preimage] mappings it uses, so we have those handy.

36/ This behaviour is implemented in the MIPS interpreter on-chain, and in the QEMU hooks off-chain.

37/ Alright, so finally we can use our pre-supplied memory and preimages to run the single MIPS instruction on the on-chain MIPS interpreter. This yields a new memory snapshot Merkle root, which can be compared to the root asserted by the challenger.

We haven't talked about this here, but in this case the challenger would receive the sequencer's "bond" as a reward.

‼️ A very important note before I give you some further reading.

40/ So minigeth is currently a program that takes a blockhash as input and verifies the validity of that block by re-executing it on top of the previous state.

41/ At least that's the theory we're putting on the line in our bug bounty program. Break this assumption and make 50k$ !

42/ That was a looong thead, but I still had to simplify quite a bit and ommit some details.

So, were can you learn more about Cannon? I'm glad you ask!

44/ Now, go forth and spread the chant